The varistor is a voltage-sensitive non-linear overvoltage protection semiconductor element.
Using the non-linear characteristics of varistor, When the overvoltage occurs between the two poles of the varistor, The varistor can clamp the voltage to a relatively fixed voltage value, Absorbs excess voltage to protect sensitive devices. So as to achieve the protection of the post-stage circuit. Varistor resistance of the main parameters are: varistor voltage, flow capacity,  junction capacitance, response time. 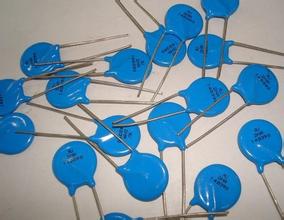