What is thermistor sensor?

The main component of the thermistor sensor is a thermistor. When there is heat radiation around the heat sensitive material, it absorbs the radiant heat, causing an increase in temperature, causing a change in the resistance of the material. 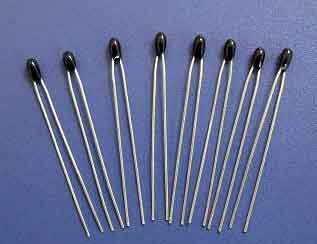 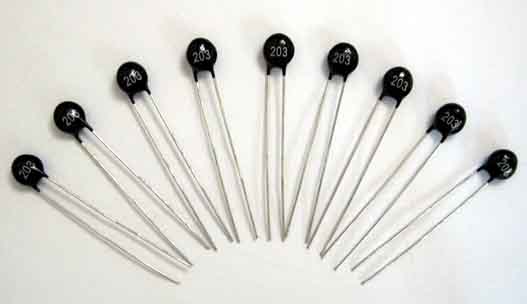 3. Thermistor sensor's overheat protection
Overheat protection is divided into direct protection and indirect protection. In the case of small current, the thermistor sensor can be directly connected to the load to prevent overheating damage to protect the device. For high current applications, it can be used to protect relays, transistor circuits, etc. In either case, the thermistor is tightly integrated with the protected device, allowing for sufficient heat exchange between the two. Once overheated, the thermistor protects. For example, a sudden thermistor sensor is embedded in the stator winding of the motor and connected in series with the relay. When the motor is overloaded, the stator current increases, causing heat. When the temperature is greater than the sudden change point, the current in the circuit can be mutated to a few tens of milliamps within a few tenths of milliamperes, so the relay acts to achieve overheat protection.

4. Thermistor sensor is used for liquid level measurement
A certain heating current is applied to the NTC thermistor sensor, and its surface temperature will be higher than the surrounding air temperature, at which time its resistance is small. When the liquid is higher than its installation height, the liquid will take away its heat, causing the temperature to drop and the resistance to rise. Judging its resistance change, you can know whether the liquid level is lower than the set value. The oil level alarm sensor in the car fuel tank is made using the above principle. Thermistors are also used in automobiles to measure oil temperature, cooling water mixing, etc.