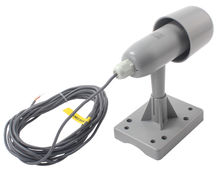 Some definitions of humidity:

Relative humidity: It is stipulated in the measurement method that humidity is defined as "amount of the state of the image". The humidity referred to in daily life is relative humidity, expressed as RH%. In short, i.e., a gas (usually air) percentage of the amount of saturated water vapor (saturation vapor pressure of water) under the same amount of steam (water vapor pressure) and its air contained in the case. 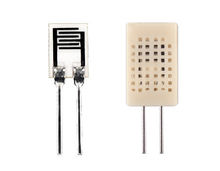 The two-pressure method and the two-temperature method here are based on the thermodynamic P, V, and T equilibrium principles, and the equilibration time is longer. The split flow method is based on the precise mixing of absolute moisture and absolute dry air. As a result of modern measurement and control instruments, these devices can be done quite sophisticated, because of complex equipment, expensive, time consuming operation. It is mainly used for standard measurement, and its measurement accuracy can reach ± 2% RH-± 1.5% RH.

The saturated salt method in the static method is the most common method in humidity measurement, and it is simple and easy to implement. However, the saturated salt method has strict requirements on the balance of liquid and gas phases, and has higher requirements on the stability of the ambient temperature. Use it to wait a long time to equilibrate, low humidity point requires longer. Especially when the difference between the indoor humidity and the humidity in the bottle is large, it needs to be balanced for 6 to 8 hours each time it is turned on.

The dew point method measures the temperature when the humid air reaches saturation, which is a direct result of thermodynamics. It has high accuracy and a wide measurement range. The accuracy of the precision dew point meter for measurement can reach ± 0.2 ° C or even higher. However, the chilled mirror dew point meter using modern optical-electrical principle is expensive and is often used with standard humidity generators.

Dry and wet bulb method, which is a method of measuring humidity invented in the 18th century. Has a long history and is most commonly used. The wet and dry bulb method is an indirect method. It uses the wet and dry bulb equation to convert the humidity value, and this equation is conditional: That is, the wind speed near the wet bulb must reach 2.5m / s or more. This condition is simplified by the common wet and dry bulb thermometers, so its accuracy is only 5 ~ 7% RH, which is obviously lower than that of electronic humidity sensors. Obviously, the wet and dry bulbs are not static methods. Do not simply think that as long as the measurement accuracy of the two thermometers is improved, it is equivalent to improving the measurement accuracy of the hygrometer.

This article wants to emphasize two points: First, because humidity is a function of temperature, changes in temperature decisively affect the results of humidity measurements. Regardless of the method, accurate measurement and control of temperature is paramount. It should be noted that even a well-insulated constant temperature and humidity box has a certain gradient in the temperature of its working room. Therefore, it is difficult to completely uniform the humidity in this space.

second, Due to the large differences in principles and methods, it is difficult to directly calibrate and identify various measurement methods, and most of them can only be compared by indirect methods. Therefore, it is very difficult to calibrate the measurement results of the full humidity range (relative humidity 0 ~ 100% RH) between the two methods, or to calibrate the measurement results of all points in all temperature ranges. For example, a ventilated wet and dry bulb hygrometer requires flowing air with a specified wind speed, and the saturated salt law requires strict sealing. The two cannot be compared. The best way is to identify them step by step according to the transmission method and verification regulations stipulated by the state for the humidity measurement instrument verification system (standard).
Share:
PREVIOUS：NONE
NEXT：Definition of absolute humidity sensor