Comparison of varistor and gas discharge

The volt-ampere characteristics of the varistor are continuous and incremental, So it does not exist continued flow, cut off the problem.
Varistor junction capacitance is generally in the order of several hundred to several thousand Pf, In many cases should not be directly applied to the protection of high-frequency signal lines,When applied in the protection of the AC circuit,Because the junction capacitance will increase the leakage current,In the design of protective circuits need to be fully considered.

2, the gas discharge tube includes diodes and Triode discharge tube,Voltage range from 75V-3500V, more than 100 kinds of specifications, In strict accordance with the CITEL standards for production, monitoring and management. Discharge commonly used in multi-level protection circuit of the first stage or the first two stages, From the leakage of lightning transient overcurrent and limiting the role of over-voltage. 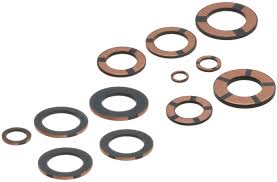